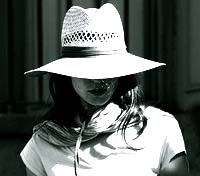 Chuchie Hill is a Spanish/British director, creative director and producer, born on the Island of Mallorca and living in Los Angeles. She redirected her competitive sailing life passion to film & advertising and has since won, a One Show Entertainment Award for directing the campaign that introduced Jambox to the Brazilian market, for which she also was shortlisted at Cannes, a Human Interest Award for the documentary Baby Let Your Hair Hang Down, a Streamy nomination for Best Branded Entertainment Web Series for Lexus, a Gold Award for Best Television Campaign in 2017, a nomination at the Los Angeles Women´s International Film Festival, and was commissioned by BBC for her video art installation Laughing Portraits Pursuit of Happiness.

- Founder and President of In the Sea Productions (Non for Profit Production Company committed to helping preserve the Oceans through film).

- Member of the Ocean Artists Society.

- Advisory Board Member of United Athletes of the Pacific Ocean.

- Member of the Jury for Hollyshorts Film Festival 2014.

- Nomination at the Los Angeles Women´s International Film Festival 2012 for ¨Baby Let Your Hair Hang Down¨.

- Nomination at DocMiami Film Festival 2011 for ¨Baby Let Your Hair Hang Down¨.

- Nomination at the Method Film Festival for ¨Hola to the World¨.

- Nomination at the Other Venice Film Festival for ¨Hola to the World¨.

- Nomination at Fotogramas en Corto for ¨Hola to the World¨.

August 2018: Not work related but certanly worth mentioning. Angora newspaper in Poland speaks out on Jola Ogar & Chuchie´s marriage. Gay marriage is still banned in Poland.

Feb.2016: All 6 sailing Olympic Classes on board with Sailing My Passion.

Sept. 2014: Anonymous Song, my first feature script I wrote together with my writing partner Will Wallace, becomes a finalist at the Sundance Screenwriters Lab!

November 2013: New steps for In The Sea You´ll Find Me documentary and Anonymous Song Feature Screenplay.

Nov 2010: Review on Televisual about Laughing Portraits Pursuit of Happiness. 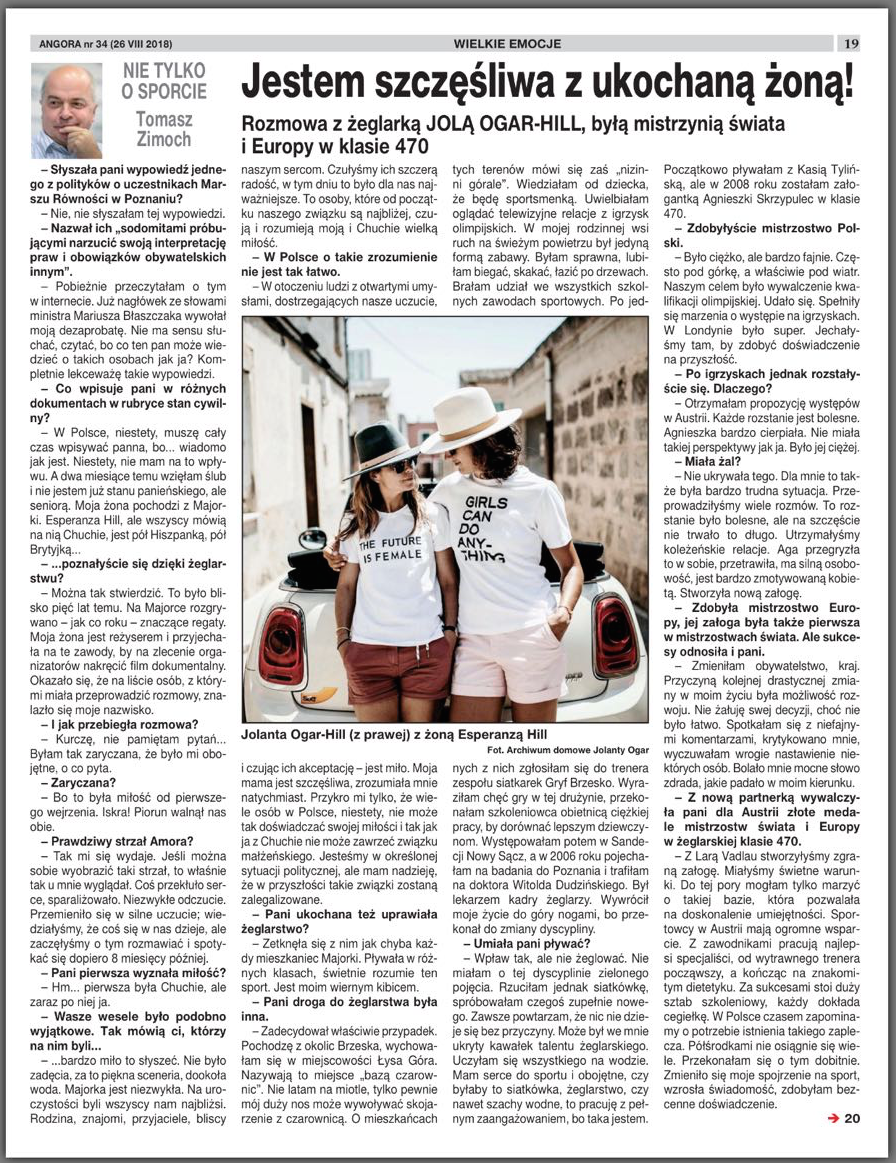 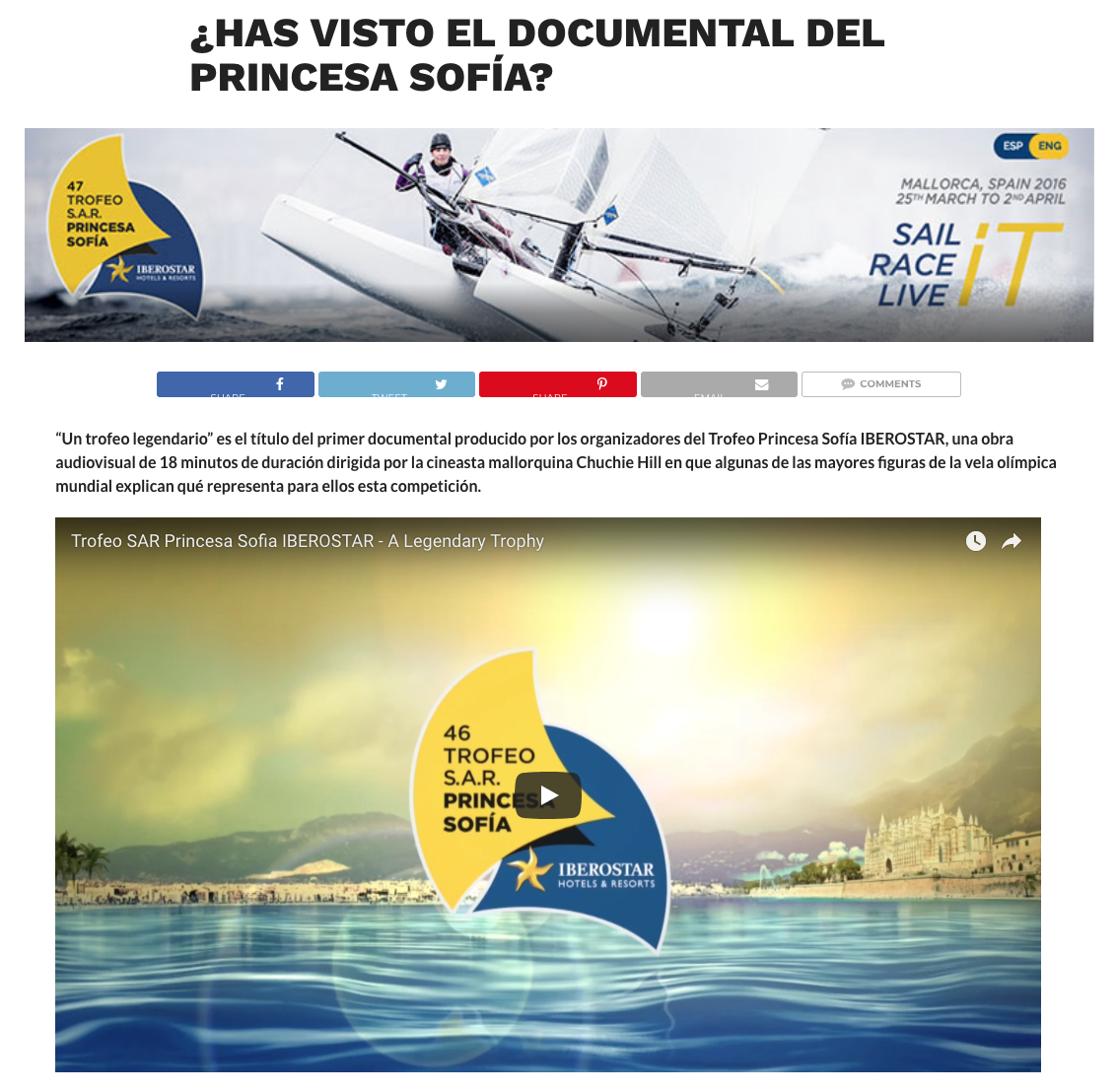